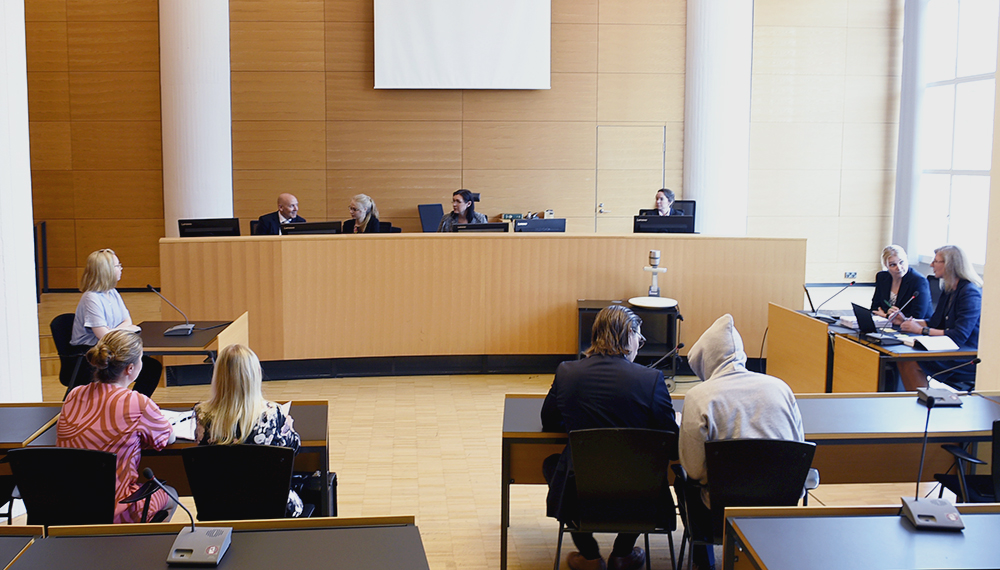 The charges brought by the prosecutor are processed at a court, either in a trial or via the written procedure.

The defendant is served the application for summons via a summons. A summons is normally issued by a court of law.

In cases where the defendant could be difficult to reach later, the summons may also be issued by the prosecutor. In these cases, the prosecutor conducts the consideration of charges and issues the summons immediately after the pre-trial investigation has ended.

In the summons, the defendant is notified of the time and place of the trial. The injured party of the offence and the witnesses are also invited to the trial well in advance. The summons and the invitation indicate whether you need to come to the trial in person or whether you can send an attorney on your behalf. In certain cases, the matter can also be decided regardless of the absence of the accused.

The trial in a criminal matter is usually an oral hearing, which means that the prosecutor and the other involved parties are present. It is the prosecutor's responsibility to prove that the offence described in the charge was committed. When making a decision on the matter, the court may only consider what has been presented during the oral hearing. The trial proceeds headed by the chairman of the court.

The involved parties, or the prosecutor, the defendant and the injured party, provide grounds for their views and present evidence supporting them. Finally, they present their closing arguments. The court issues its judgment immediately after the deliberations or at an announced time in the court registry.

Some criminal matters are processed using the written procedure. The involved parties or witnesses are then not invited in front of the court to be heard. The defendant may be reserved the opportunity to give an oral statement. The court issues its judgment at a time it has announced in advance.

A matter may be processed using the written procedure if the maximum punishment for the offence is no more than two years of imprisonment. Such offences include traffic offences, theft, fraud and assault.

For more information on courts of law, see the oikeus.fi website

For more information on proceedings in criminal cases, see the oikeus.fi website